All Collections
Apps
Being an Ecanvasser Campaign Manager

Being an Ecanvasser Campaign Manager

Written by Ronan Kenny
Updated over a week ago

As a Campaign Manager, you hold a key position within the campaign, and have responsibility for a number of areas.

This section of our support documents is broken up into a number of further subdivisions.

Account Administration: This advises you how to get your own Ecanvasser Account set up, and a few other miscellaneous pieces you might want to be aware of of.

Campaign Page: Outlines how to invite other team members to your campaign, as well as getting your Voter Import set up.

Voter database: In this tab, where you will spend much of your time in Ecanvasser, we outline how to segment your database, create and assign Lists, as well as how to generally manage your Voter Universe.

Organization: From here, we provide you with advice on how Ecanvasser can be used to manage and organize your team, as well as advanced cases of managing your Voter Universe

Campaigning: In this section, we will outlined the methodology behind how Ecanvasser can be applied for high-end political campaigning tactics. Your campaign may not apply all of these, though it may be worthwhile to consider factoring a number of them into your strategy.

The above may seem like a large workload, but it should be remembered:

1. The load can be spread across mulitple Campaign Managers

2. Not every campaign will use every feature or functionality, take some time to agree a strategy that works for your campaign

As a Campaign Manager, be sure to engage in a discussion with your candidate, political consultant, and any other relevant stakeholders to ensure that team members duties are defined, and none are overlooked.

Campaigns often vary in size, and in some smaller campaigns, the duties of a Campaign Staffer may also fall to the Campaign Manager. These include some important functionality such as Talking Points, Surveys, & Issues. As such, if you do not have a member of your campaign team to fill the role, you should ensure to review the section relevant to being a Campaign Staffer. You should also note that, as a Campaign Manager, you will hold the level of Lead Canvasser, within the mobile app. 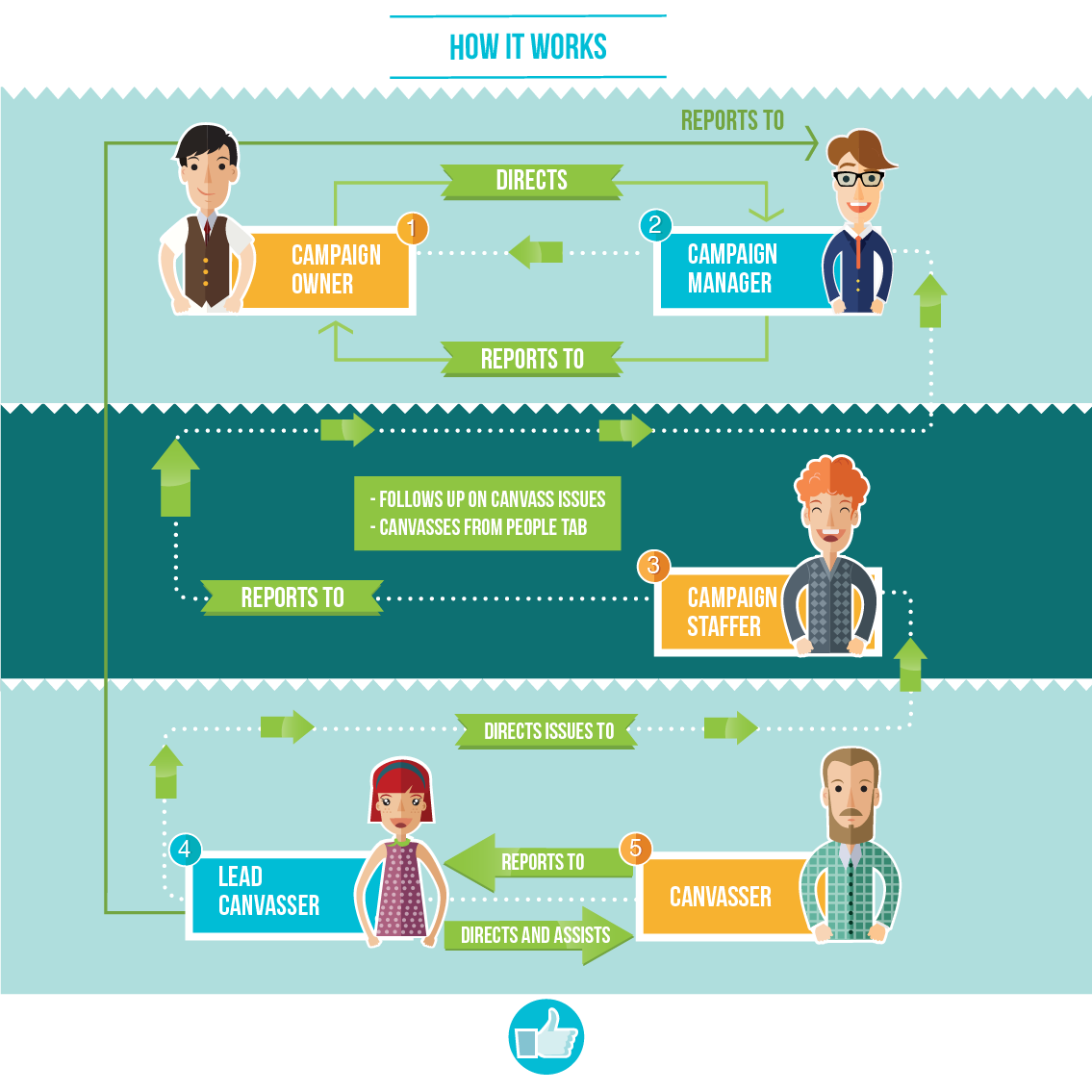