Written by Ronan Kenny
Updated over a week ago

From the Home page, you can select whether an engagement was successful by either swiping left/right, or clicking on the red and green thumb icons.

Marking a canvass attempt as unsuccessful will be useful for your campaign management team, as it will allow them to later determine the level of engagement during this particular outreach, From this, they'll gain insight into optimal times for such activities, or how much ground they covered. 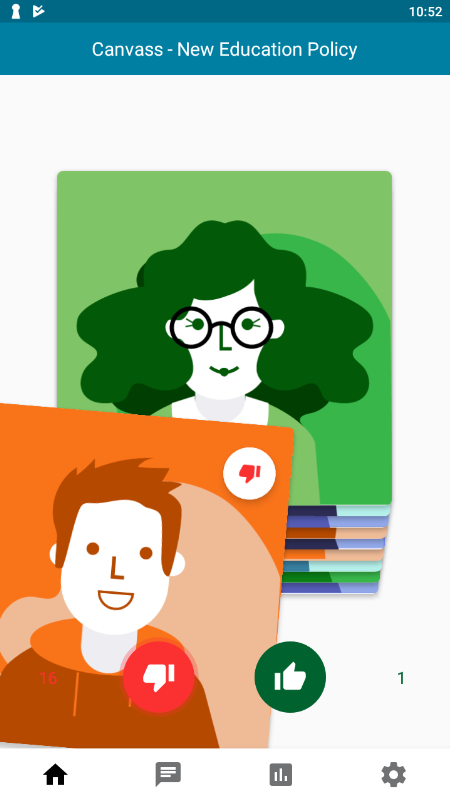 Marking a canvass attempt as successful will bring you through the canvass screen, where the real fun of canvassing, engaging voters can begin! 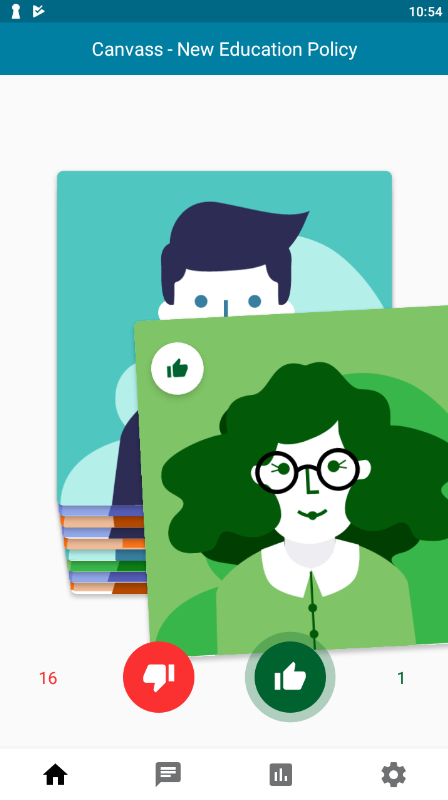 Once you've swiped right, you'll begin the canvass, and see that it's broken into 4 parts. Most are optional, and can be completed as per the direction of your campaign management team, or the detail/needs of a particular interaction - by default, Rating is the only thing that is required to complete a canvass.

Your campaign management team can also choose to disable any of the four, in which case they will be presented on the app, but greyed out and inaccessible:

As you complete any particular section, it will be marked with a checkmark to indicate data has been gathered.

Once you're wrapped up the interaction, you can select Finish to save, and return to the Home page. Down below we'll take a closer look at the four different aspects of a canvass in Ecanvasser Go. 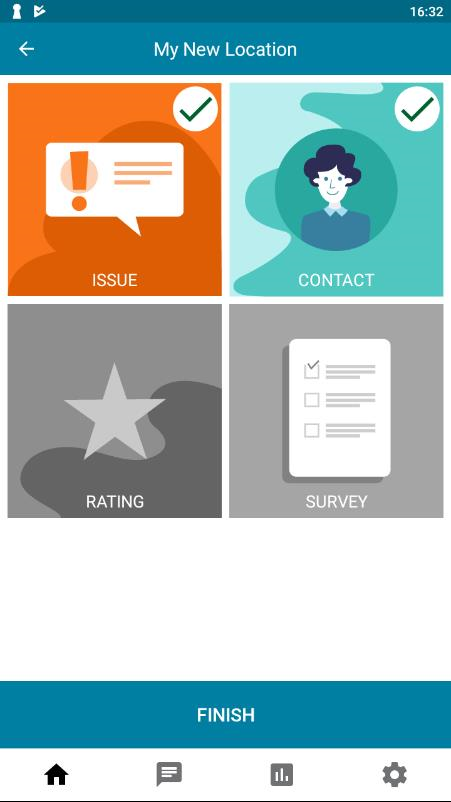 These are matters that a voter has raised, that require follow up actions by the campaign team, and will populate for the the backroom team in their Issues CRM. Examples of where people might generate an issue are:

Generally it is best to avoid using issues for general notes.

Issues can be logged as text, and you may also assign a priority as appropriate and required. 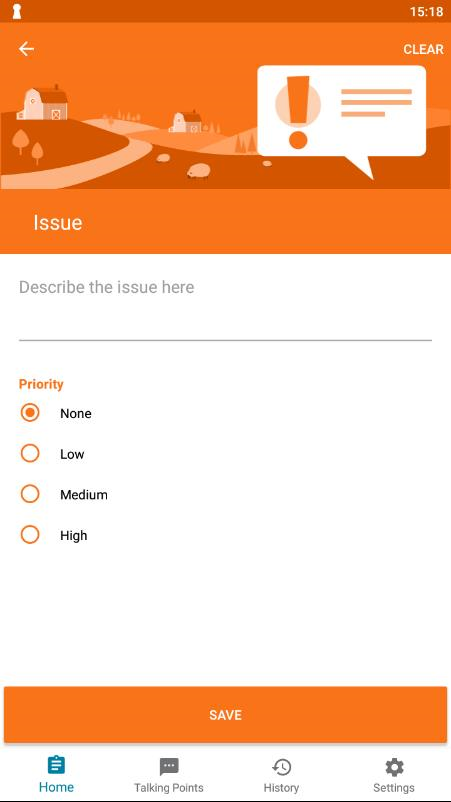 Data collected from canvasses in Ecanvasser Go are aggregated for your campaign management team to review. That said, in some instances you may want to attach the data you've gathered to a particular person, if: 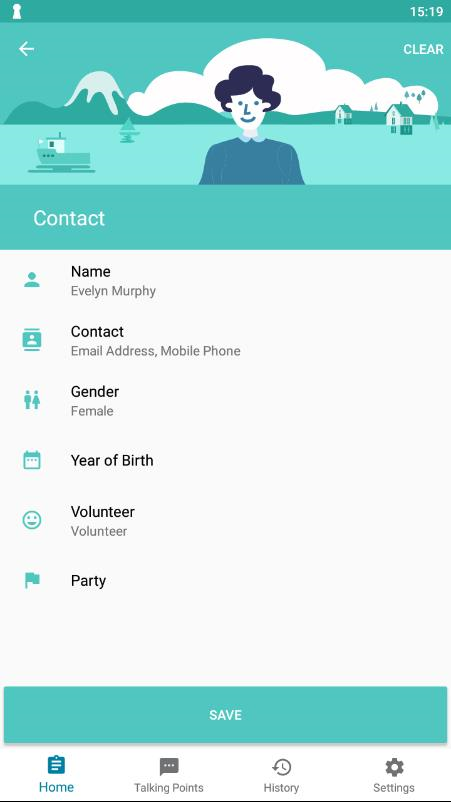 If you log data within a Contact field, depending on the campaign settings regarding data privacy, you may be asked to collect an E-Signature from the person, and record a the purposes for which they are consenting to being contacted: 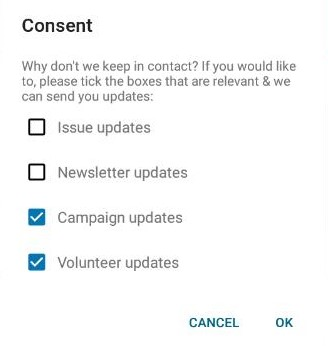 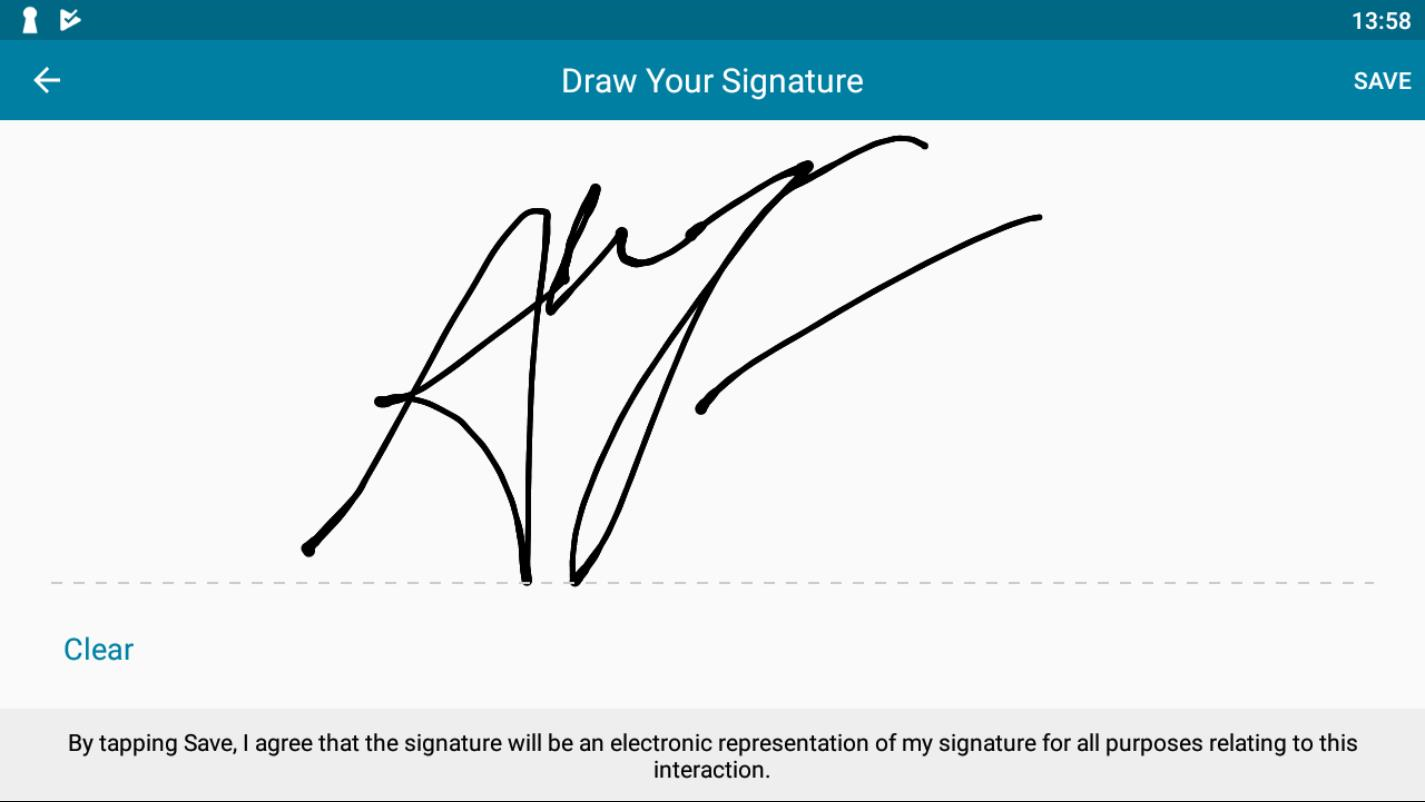 This allows you the opportunity to rate an interaction out of 5 Stars. Your campaign management team should indicate to you how they expect it to be used. Some examples of how it might be used are:

Surveys allow you to capture responses from voters on any topic your campaign would like to. If you have more than one active Survey, you can choose between these in the upper right hand corner.

Once you've selected a Survey, when you tap an individual question, an additional dialogue will open, from which you can input an answer in the manner configured by your campaign management team.

Once you've input all the relevant data, click Save to return to the Canvass Screen. 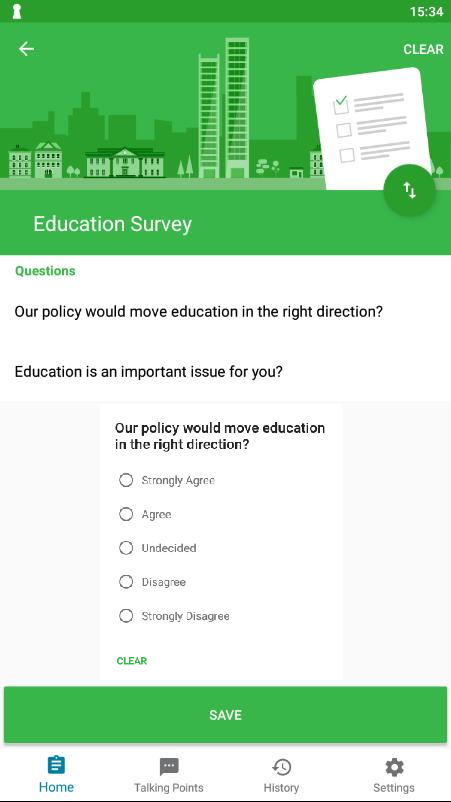